Volodymyr Zelenskyy, the Servant of the People

In this paper, we consider Volodymyr Zelensky, the president of Ukraine, a nation under siege since February 24, 2022. His diverse cultural background surprised me, and his strong leadership in the depth of an international crisis is impressive.

Volodymyr Oleksandrovych Zelensky was born in 1978 to Jewish parents in the former USSR in the industrial city of Kryvyy Rih in the Dnipropetrovsk Oblast in Ukraine. He was still a small child when the family moved to Erdenet, Mongolia, for four years before returning to Kryvyy Rih (Ray, 2022).

Like most others in Dnipropetrovsk, Zelensky grew up as a native Russian speaker but became fluent in Ukrainian and English as well. Between 1995 and 2000, he studied at the Kryvyy Rih Economic Institute, a local campus of the Kyiv National Economic University, and graduated with a law degree (Ray, 2022).

The public in Ukraine and Russia took notice of the up-and-coming comedy actor. While at university, Zelensky participated in a performance group called Kvartal 95 (Quarter 95). They appeared on television in a popular improvisational comedy competition in the Commonwealth of Independent States (CIS) (Ray, 2022).

In 2003, Zelensky cofounded Studio Kvartal 95, a production company that soon became one of Ukraine's most prolific and successful entertainment studios. He was the artistic director of the company until 2011, when Inter TV appointed him as their general producer (Ray, 2022).

In October 2012, Zelensky left Inter TV, and he and Kvartal 95 entered into a joint venture with a Ukrainian network, 1+1 Media Group. Its owner was the former governor of the Dnipropetrovsk Oblast and billionaire businessman Igor Kolomoisky. Zelensky's relationship with Kolomoisky was scrutinized when Zelensky made his intention to enter politics known (Ray, 2022).

The volatile political landscape of Ukraine in 2014 saw President Viktor Yanukovych toppled and billionaire Petro Poroshenko installed in his place. Endemic corruption undermined public confidence in the government, and the Russian-backed insurgency in eastern Ukraine worsened it. Poroshenko brought no reforms, and against this backdrop, a television series, The Servant of the People, premiered on the 1+1 media network. Zelensky played the role of Mr. Goloborodko, a history teacher who became an internet sensation after a student filmed him delivering a passionate address against government corruption. Goloborodko followed an unlikely zero-to-hero path towards the presidency, providing a roadmap for Zelensky to follow (Ray, 2022). 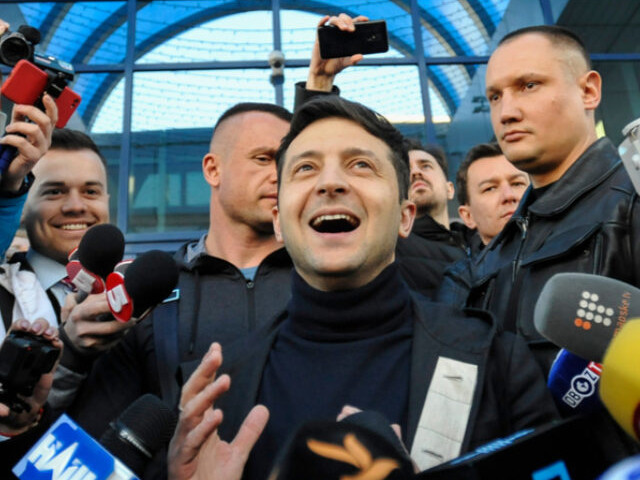 In 2018, Kvartal 95 registered a political party with the same name: Servant of the People. Zelensky was a frontrunner from the start, but his Kolomoisky connection soon became a liability. Kolomoisky was accused of stealing billions from the PrivatBank, and the government had to bail it out. Zelensky posted on Instagram and Youtube and, in short speeches, effectively distanced himself from Kolomoisky (Ray, 2022).

In a televised standoff with Poroshenko at Kyiv's Olympic Stadium, Poroshenko attempted to discredit Zelensky as a political novice but failed to convince the public. Zelensky became Ukraine's sixth president on April 21, 2019, with an impressive 73% of the vote (Ray, 2022).

He was the first-ever Jewish president of Ukraine - a country with a rather complicated Jewish history. He quickly became a prominent Jewish leader globally and, considering his nonpolitical roots, an unlikely leader (Friedman, 2022).

Zelensky initiated the National Digital Transformation Project called "LIFT." Ukrainians could register on a mobile app and become part of a process to transform the state apparatus to be more accessible and transparent. Citizens could apply for jobs and submit ideas for projects. Zelensky also asked his followers on Facebook to pick a governor for Lviv from a list of three. His unconventional leadership style shows that he is determined to overturn every aspect of the old regime (Hosa & Wilson, 2019).

In late 2021, Russia began a significant build-up of troops and military hardware along its Ukrainian border. They also sent some of their forces to Belarus for ostensibly "joint military exercises." France24 (2021) reported in November 2021 that Zelensky warned that Russia was sending dangerous signals with its troop movements on their shared border. He called on President Putin of Russia to deny that he intended to invade Ukraine. Moscow dismissed it, and the Kremlin accused Kyiv of provocations. 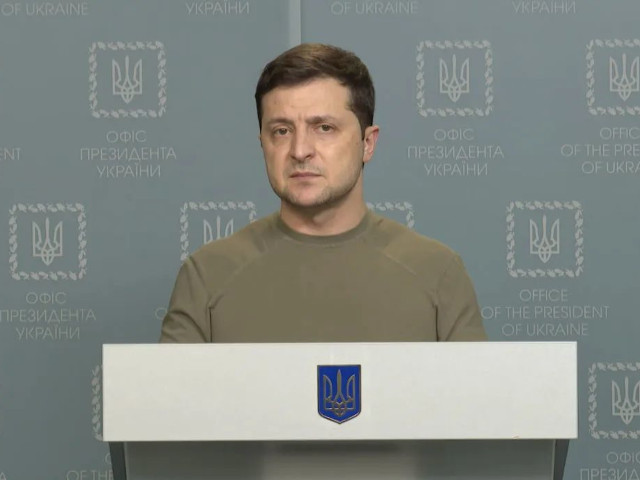 Zelensky revealed that Kyiv had information that representatives of Russia attempted to involve Ukrainian oligarch Rinat Akhmetov in a coup plot for a billion dollars. Moscow denied it, but tensions were building up. The USA led military exercises in the Black Sea, and Putin raised his concerns (France24, 2021).

On February 21, 2022, Russia recognized the self-proclaimed separatist territories in the Donbas and sent its troops there. Three days later, Russia invaded Ukraine.

President Volodymyr Zelensky ordered martial law and a general mobilization throughout Ukraine in response to the invasion. Cruise missiles, artillery, and airstrikes bombarded military infrastructure, including airbases, while thousands of Russian troops poured into Ukraine (The Guardian [1], 2022).

A humanitarian crisis ensued as thousands of civilians moved out of besieged cities towards the west. Meanwhile, the USA, UK, and EU leaders imposed sanctions on Russia, freezing assets of banks and more than 100 Russian individuals and entities (The Guardian [2], 2022).

The USA offered Zelensky and his family a safe passage out of Ukraine, but he retorted, "We are here. We are in Kyiv. We are defending Ukraine" (Friedman, 2022).

In the weeks following the invasion, Zelensky rose in stature as a world leader, showing his courage as he made daily videos from the streets of Kiyv and the presidency. He encouraged his professional and civilian fighters and united Europe and the West in supporting their war effort against the second-largest army in the world.

The Authentic and Adaptive Leader

Cultural intelligence for leaders (2012) says, "We are living in exciting times that call for courageous and authentic leadership in leading through blurred boundaries" (p.6). Nobody could be more courageous, leading through boundaries more blurred than Volodymyr Zelensky.

Zelensky shows his leadership daily on a variety of fronts:

We notice a different Zelensky in action in each of the above instances. While the pressures are on the statesman, he shows his personal burden too. He says he is aware that he is Russia's public enemy number one and his family, number two. Yet he remains to lead his people and the Ukrainian forces (Friedman, 2022).

Inevitably, the media compares him to other international leaders. Like John F. Kennedy was part of a minority religious group as a Catholic, Zelensky is part of a minority group of Jews in Ukraine. Like a war extracted extraordinary leadership qualities from Winston Churchill, Zelensky emerged from being a comedy actor to a statesman and war hero. Unlike Putin, who reveals his narcissistic personality disorder, Zelensky has empathy with those who suffer and finds strength in putting Ukraine first and not himself (Friedman, 2022; Gaddy & Hill, 2013).

Looking at his past as a native Russian speaker, his time in Mongolia as a child, learning fluency in Ukrainian and English, connecting with his Jewish history family in Israel - we see a leader well-prepared in cultural diversity to lead in a time in history such as this (Friedman, 2022).

Zelensky has shown that his character is transparent, and he surrounds himself with talented people - from military strategists to computer fundi. He distributes leadership and, apart from Russia, developed mutual trust with neighboring countries. He shows all the characteristics of an adaptive leader who has stepped up to his challenges (CFI, n.d.).

I wish I could say that I end off this paper and say that peace has been restored to Ukraine - but Putin's war is ongoing, and more people on both sides are still dying. The Russian people are still in the dark about the crimes conducted in their name, and Zelensky is still leading his people.

We still stand in solidarity with this leader and his people and pray that this war will soon end. We dream with them about a free Ukraine and a new political order in Eastern Europe.

Friedman, G. (2022). Volodymyr Zelensky was a Jewish comedian. now the world’s eyes are on him. The Detroit Jewish News.
https://thejewishnews.com/2022/02/28/volodymyr-zelensky-was-a-jewish-comedian-now-the-worlds-eyes-are-on-him/

The Guardian [2]. (2022). Russia has invaded Ukraine: what we know so far.
https://www.theguardian.com/world/2022/feb/24/russia-has-invaded-ukraine-what-we-know-so-far

Online Studies
We use cookies to ensure that we give you the best experience on our website.
I accept