In you, and in me, is a void. This is the void that we can fill with many things, but nothing fits well in there except for a dad. He fits perfectly into this void because it was made just for him. It is what I call the Dad-Void.

There are times, however, when it feels as if he does not fit properly. As he tries to take his place there, it hurts. That is simply because he gets into that void with all his baggage. The Dad-Void is made for dad alone, and there is no room for his baggage. That is the time when you chuck him out again.

And then there were the times when he never got into the Dad-Void in the first place. It remained empty and you longed to have it filled.

The above is exactly the discomfort I experienced with my own dad. 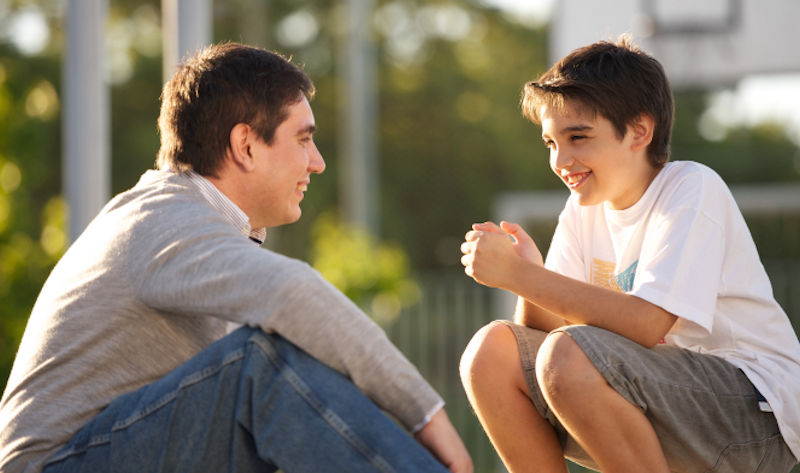 Today I look back at my late father with empathy. He was loaded with baggage and the poor man suffered under its weight. But his baggage hurt me so much that I just had to chuck him out in 1998. Between 1998 and 2005 I had to allow my inner man to heal again. For a season, I could not allow him back inside. The Dad-Void was damaged and bleeding.

Towards the end of 2005, I allowed him back in again. He still had the same baggage, but I was different. I could handle him and his baggage. He passed away seven months later.

Fortunately, there is something like the “Substitute-Dad”. I was blessed from an early age to have several substitute-dads in my life. In 1979, I failed a history test. Cor could not believe that anyone could fail a history test. He taught me basic learning skills like how to summarize, techniques to remember dates, and how to keep the learning process interesting. By the end of that year, I passed history with distinction.

Cor died in the 1990s. I still miss him dearly. He was a substitute-dad and a great friend.

I was fourteen years old when my dad broke the news to us that he was going to remarry. In one moment, all hope that we would be a family again was dashed. But Jan Ebersohn was there for me. He and his children were family friends who shared our house with us. He had compassion with me and took me for a walk around the neighborhood. Just taking an interest in me made him a substitute-dad when I needed it the most. Manson took me to his construction sites, and Samuel took me to the laboratory where he worked. They were young men who, without knowing it, became substitute-dads, temporarily filling the Dad-Void.

Later my mom remarried too, and Tienie became a substitute-dad. Then there was my father-in-law, Joek, who was such an incredible father to his own children and their spouses. Just his presence was enough to fill a void in anybody’s life.

None of these substitute-dads were perfect people. They too had baggage. But the times when I needed them, they were there.

But what about me?

Have I also been a substitute-dad for other young people? In my essay, Other Mother’s Children, I share a bit about the young people who crossed my path over the years. Some of them had wonderful parents, but at times there were short seasons where I had the privilege to stand in as a dad in their lives.

And my own children?

From age three my daughter grew up with a stepdad and I only saw her on weekends. Those were wonderful weekends, but only weekends. I am thankful that she had a good substitute-dad too. You can read more about it in My Weekend Child. Today I can see in her life what a wonderful wife and mother she is. She is a hardworking businesswoman and treats those who answer to her well.

My dear son has taught me more about being a father than what anyone else could ever do. I intentionally chose not to elevate myself onto some pedestal like my father used to do. I feel safe with my son and can be vulnerable in his presence. He is my best friend. I know I fit with ease into his Dad-Void.

The best thing I can ever do for my children is to work on my own baggage. My baggage should not cause my children and grandchildren any discomfort or harm.

I am not a perfect father. I cannot always be everything my children need at times. No one can always be perfect all the time. My first responsibility, as a biological father of my children, is to teach them that there is a real Father in Heaven who cares dearly for them. My responsibility is just to introduce them to Him. And He is not just a substitute. He's the real Dad!