The Sad Case of Twak

In 1993 I built my first house. I could not afford anything fancy, and when the architect told me about timber construction below R500 for a square meter, I fell for it. My grandfather once lived in a timber house in Stanfieldhill, Standerton, so why not me?

Our house was erected on the last stand in our street, and adjacent to a smallholding with mice, rabbits, lizards all sorts of wildlife visiting us from the veld.

With no fence around the property, we did not feel safe, so I sold off life insurance policies and other trivial assets to raise money to build a perimeter wall. The wall would not keep the criminals out, but it would keep a dog in, and that would be our next procurement.

Our next-door neighbor told us about a new litter of Staffordshire bull terriers. There was still one male available, and that for free! We welcomed the puppy in our home, and I had great expectations to see a strong muscled male dog develop. I just knew that this canine would be able to rip any criminal apart, and looked forward to hearing the screams of horror!

But what to name the dog?

I have always felt strongly about giving a name that one can live up to. So I toyed with ideas like "Brutus", "Nero", "Bliksem", "Waaksaam" or the like. I wanted a mean, nasty and cruel name for the pup, but nothing really fitted him well.

The little pup was quite naughty, as one can expect from a small Staffy. He first demolished our meager plantings of Chlorophytum comosum, and fell sick as the toxic plant fluids attacked him. He slept his fever off like a hangover and attacked a palm next. I held back my anger and envisioned a happy Staffy with the seat of a burglar's pants in his mouth.

One day, as visitors drove their vehicle out of our yard, I held the pup in my hands and away from the wheels. He got excited for some or other reason (it did not take much to excite him) and he wiggled and curled until I could not hold him anymore. He dropped all the way to the paving and landed with his left front paw on the rail of the sliding gate. He yelped and I immediately knew something was seriously wrong.

A visit to the vet revealed broken bones in the paw and required some surgery to set them straight. I paid the bill with some reservations and told my wife: “This bloody twak has just ruined our budget!”

The pup just got a name, and he was determined to live up to it.

[It is here where I have to interrupt my story. I have to explain the meaning of twak to those of you who have not as yet had the privilege of learning Heaven's language – Afrikaans. If you have any aspirations of going there one day, you might as well start learning it now.

The word twak is derived from the word tabak which means 'tobacco'. Pyptwak is the tobacco one would put in a pipe to smoke, should you wish to adopt this smelly habit. But I did not call my dog 'Tobacco' if that is what you think. Using twak in this particular idiom means klein kak, or 'little shit'.

Ever heard of “Oom, rook Oom boom? Nee jou Twak, ek rook Tabak!”? Literally, it means: “Uncle, do you smoke weed? No, you little shit, I smoke tobacco!” Now put that in your pipe and smoke it!

Now that I have educated you more towards Heaven, kindly allow me to continue with my story.]

Twak underwent his surgery at Onderstepoort, the world-renowned veterinary hospital in Pretoria, South Africa. He came out with a bandaged left front paw that resembled a baseball bat. Being the lively animal that he was, he just lifted his 'bat' and ran with it as if he had no handicap at all!

A neighbor's cat once appeared in our backyard, and Twak lifted his 'bat' and stormed the cat. It seemed as if he was going to ram it like a Spartan warrior attacking a fortified citadel. The cat was annoyed by this little yelping pup and lazily extended his thorny paw. He whacked the pup on the nose and watched him melting away in pain.

It was here that I realized something was amiss. My attack dog would never grow up to defend his turf. He was already three months old and still as tiny as a rat on steroids. I had to find out more about his roots, so I walked over to the neighbor. 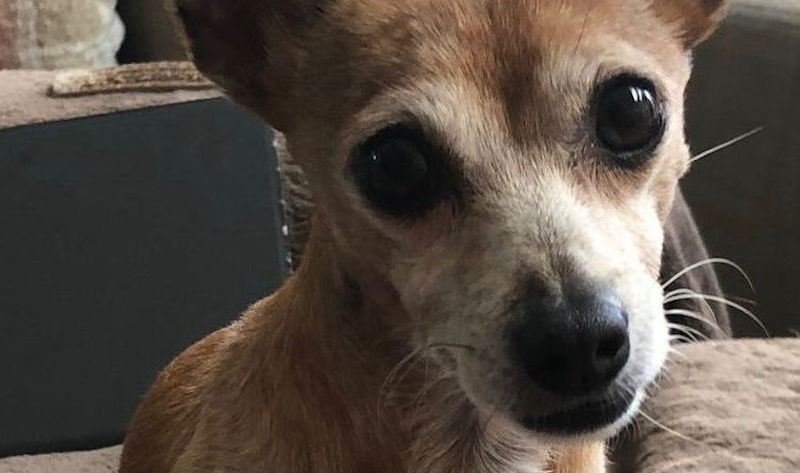 And hence Twak's roots were explained.

I was terribly disappointed with my attack dog. I tossed and turned that night, not knowing what to do about him. It was Twak himself who made up my mind early the next morning.

An irritating, scratching noise woke me up around five o'clock. I opened the door onto the stoep, and there was Twak, gnawing on a plank of my newly built timber house.

When the SPCA opened at 7 that morning, I handed Twak over. “Sorry, I have no clue where this stray dog came from”, I lied and walked away. Today I own a killer cat, and my perimeter wall is three meters high.