The Formula 1 Etihad Airways Abu Dhabi Grand Prix 2020 was held on December 13, 2020, at the Yas Marina F1 Circuit in Abu Dhabi, United Arab Emirates. It was the final race of the 2020 season, a short season hampered by the coronavirus.

Seven-time world champion, Lewis Hamilton, returned to the F1 circus after he recovered from the coronavirus. He missed the previous Grand Prix, a first for him in his illustrious career.

Max Verstappen showed great pace at the start of the first practice session, while Lewis Hamilton sat in the garage for half of the session with brake issues. The session ended with Verstappen first, followed by Valterri Bottas and Esteban Ocon in the third place.

The second session was red-flagged due to Kimi Räikkönen's Alfa Romeo Racing C39 catching fire. With the recent fireball of Romain Grosjean still fresh in their minds, his pit crew told him: "You have a big fire and get the hell out of there quick!" Valterri Bottas topped the charts, with Hamilton behind him, followed by the two Redbulls of Verstappen and Albon.

The final practice session saw the two Redbulls far ahead, followed by the Renaults of Ricciardo and Ocon. Hamilton and Bottas were respectively in 6th and 9th places.

Qualifying looked promising for the Mercedes duo again. In the first Q1 session, Hamilton came in first, followed by Bottas and third was Leclerc. Q2 saw Hamilton on top, Bottas second, and Verstappen third. But Verstappen surprised even himself in Q3 when he qualified in the first place ahead of Bottas in second place and Hamilton in third. It was the first pole position for Red Bull in 2020.

Statistics show that the car on pole position is likely to win the race too, and Max Verstappen was sitting pretty. The problem with the Mercedes cars is that they are aerodynamically built to lead and not to follow a leader.

Leclerc dropped three places on the starting grid due to a three-place penalty carried over from Sakhir where he caused a collision. Sergio Pérez and Kevin Magnussen dropped to the back of the grid for replacing their power units. It was quite a blow to Pérez, as the team regained their third place in the constructor's championship the last week, and could lose it again.

For the first time in several races, all 20 cars got off the grid cleanly and around the first lap without incident. After the third lap, DRS (drag reduction system) was enabled, and we witnessed a move which became all too familiar: Driver A would be followed closely by Driver B who would activate his DRS on the straight before turn seven. B can easily pass A, but a second DRS straight before turn nine would help A to retake his lead. It took some racers several laps to cement an overtake and get away from the competition.

By lap nine, Sergio Pérez had already made up five positions to 14th, and we assumed he would finish in the points. But then on lap 10, the Mexican's transmission gave up the ghost, and he had to park his car. It triggered a Virtual Safety Car, and then a full Safety Car to enable marshalls to recover the stricken Racing Point. Pérez became the only driver to retire from the race.

The race restarted on lap 14, and most drivers stopped for new tyres, except Danny Ricciardo who gained the fifth place, and the Ferraris who moved up into the points. It meant that those on fresh rubber could easily pick the Ferraris off, but Ricciardo managed his older rubber well. He only came into the pits for new tyres on lap 40 and dropped down to the seventh place. By then, the Ferraris were down in the 13th and 14th positions, respectively. 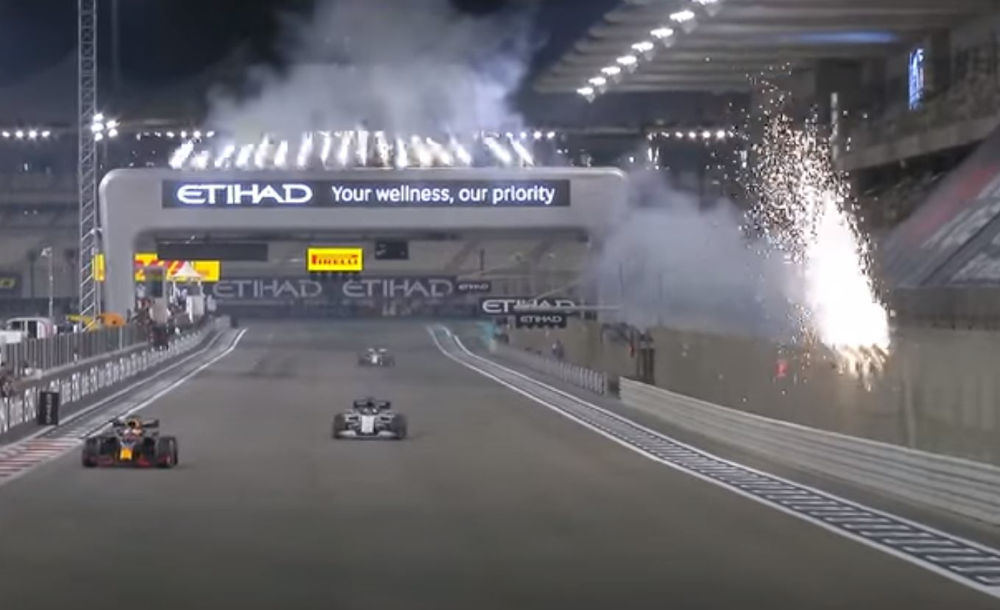 Verstappen took the chequered flag, having led every lap of the race. Bottas took second place, which meant that he held onto his second place in the championship too. Lewis Hamilton, the seven-time champion recovering from the coronavirus, came third.

2020
We use cookies to ensure that we give you the best experience on our website.
I accept