The Formula 1 Rolex Sakhir Grand Prix 2020 was the second of two back-to-back Grand Prix races at the Bahrain International Circuit in Sakhir, Bahrain on December 6, 2020. It was notably a different experience from any other race in the past, and it would be apt for us to discuss the circuit first.

The Formula 1 Rolex Sakhir Grand Prix 2020 was held at the same location as the previous race. Still, this time, the pilots used the outer track which yielded fewer turns (11), over a shorter distance (3.543km), and hence the quickest times (around 53 seconds) around any circuit in the sports' illustrious history. The race was contested over 87 laps.

Completing a lap in less than one minute means that the front runners will quickly lap the backmarkers. Before the race, some people predicted that the racers at the back could be lapped up to five times! But that never happened. Safety cars prevented it. Another aspect of this race, making it more unique than usual is that we saw the following shuffling of drivers:

During the first and second practice, George Russell topped the charts, showing that he is a worthy replacement for Lewis Hamilton. He was followed by the two Red Bull drivers, Verstappen and Albon. In the third practice session, Bottas displayed the speed of the Mercedes W11 car, followed by Verstappen and Pérez.

During the practice and qualifying sessions, turn 8 was evidently the Achilles heel for most drivers. The bumpy kerbs were damaging floors and bargeboards, making cars undrivable. Bottas, amongst others, had his track times deleted for exceeding track limits at turn 8.

The qualifying sessions showed how the track could improve as it rubbered in. The lap times quickly dropped below 54 seconds. It came as no surprise when Bottas and Russell qualified in the first and second place, and Max Verstappen came third. Charles Leclerc, however, did surprise us by qualifying in the fourth position. His quivering voice over the radio during the cool-down lap said it all: He drove that Ferrari beyond its capabilities.

Sunday's race started with a sterling performance from George Russell. His start was clean, while his more experienced teammate, Valterri Bottas, struggled to get his Perelli rubber gripping the tarmac. By turn one, George Russell was ahead of Bottas, and Sergio Pérez was passing Max Verstappen.

At the back, Kimi Räikkönen spun off the track after turn three. By then the front runners were going around turn four, and Charles Leclerc ran into Pérez, spinning him around. Leclerc's left front wheel came off, and Verstappen tried to avoid the carnage, running through the gravel and into the barrier. Leclerc and Verstappen were out of the race, and Race Control deployed the safety car.

Pérez pitted for new tyres. Now right at the back, he started an epic progression through the traffic which no Mexican fan will ever forget.

Meanwhile, at the front, car number 44, apparently, did not know it was rebranded as car number 63. It pulled away from the rest of the pack as it usually does, but this time with George Russell at the helm.

For the first time in his Formula 1 career, Russell was leading a Grand Prix and seemed calm and in control. 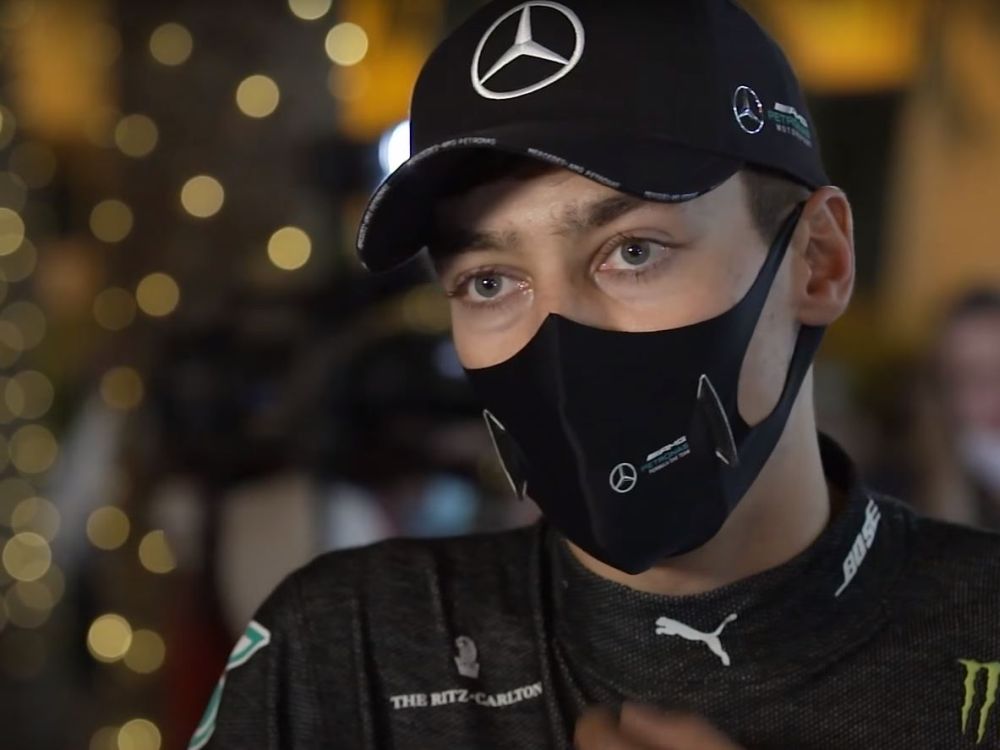 We had the win in the bag... - George Russell after the race

On lap 55 of 87, Nicolas Latifi hard to park his Williams next to the track, causing a very brief virtual safety car stint. It caused the cars to be bundled up again, and Sergio Pérez passed his teammate, Lance Stroll, on lap 56, and Esteban Ocon on lap 57. He was now running in third place behind the two Mercedes cars of Russell and Bottas.

On lap 63 it was again a Williams car throwing a spanner in the works. Jack Aitken lost a front wing, and a safety car was deployed. 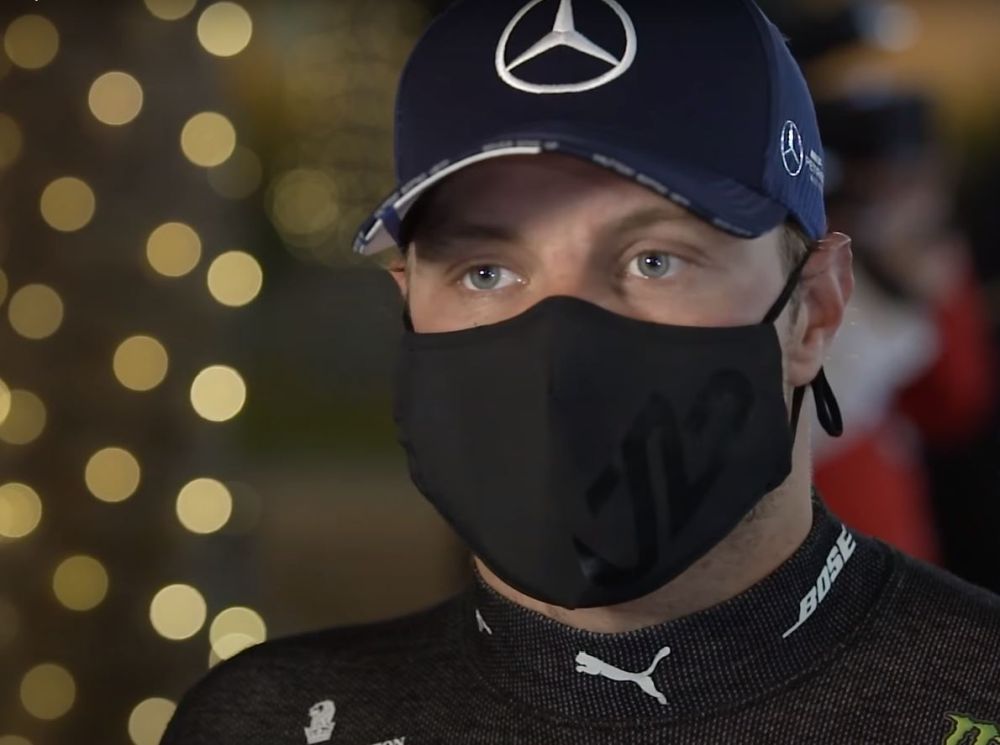 Usually, the team is bullet-proof, not making mistakes.... - Valterri Bottas after the race

Mercedes F1 perpetrated the biggest crime against their racing pilots I have ever witnessed. With their superior speed, they could have left their cars out, but they pitted for new tyres, double-stacking Russell and Bottas. But they fitted Bottas's tyres on Russell's car and sent him out. They realized their mistake while fitting the wrong tyres to Bottas's W11. They quickly changed his tyres back to the previous set and sent him out on old rubber. Russell had to box again to have the correct tyres fitted. This mistake has cost Russell his maiden win and first podium, which would have been a massive event in his young life. You can imagine the disappointment for both drivers. For Bottas it meant that his second place in the world championship had not been cemented, as Verstappen still had a chance to take it away from him in the last race in Abu Dhabi.

Bottas rejoined the race in the fifth position and the second stop dropped Russell behind him.

When the race restarted, Sergio Pérez was leading the Sakhir Grand Prix, Ocon was second, and Lance Stroll was in third place. Russell overtook Bottas at turn seven on lap 70. By lap 73, Russell overtook Ocon and was back on the podium if he could finish in this position. Meanwhile, Bottas was dropping back as other drivers with younger tyres overtook him.

On lap 79, Russell got the heartbreaking news. His rear-left tyre was deflating due to a puncture, and he had to get new softs fitted. It denied his chance of a podium. With only eight laps left, it seems as if he was thrown back to his familiar territory amongst the backmarkers.

But hats off to Russell. He fought back and ended in the points (his first points in Formula 1) in the ninth position behind Bottas.

The most beautiful part of this tale was where Sergio Pérez, the driver without a seat in 2021, won his maiden Grand Prix in Sakhir. 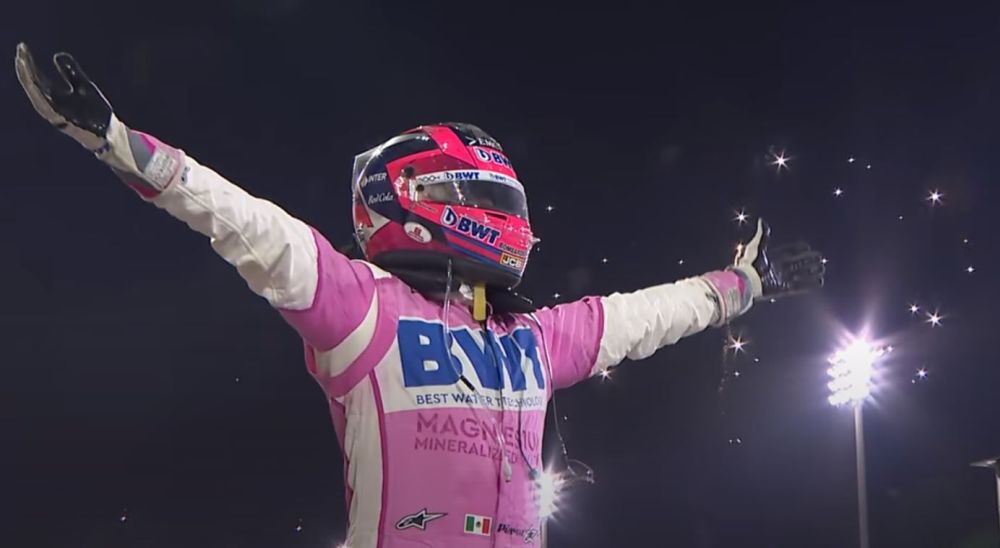 Which begs the question: Why does Pérez not have a seat in 2021?

Racing Point Mercedes lost their third-place to McLaren, but with two drivers on the podium, they regained it again, plus the chance of getting $10 million in prize money at the end of the season.

For Esteban Ocon, his second-place yielded his first podium position in Formula 1.

2020
We use cookies to ensure that we give you the best experience on our website.
I accept